We continue our Ukrainian alphabet with the letter “Р” (which is “R” in English). However, the pronunciation differs, Ukrainian R is a rolled sound.

As for the word behind the letter, we have chosen a Ukrainian woman who reformed the Medieval Ottoman Empire. Anastasiia Lisovska or Roksolana is one of the most famous and mysterious women in the history of Ukraine.

With her intellect, wisdom, femininity, and charm, she has become one of the most powerful women-rulers in the world, beginning her difficult but fascinating way from Tatar captivity. She was then brought to Turkey as a present for the sultan.

Sultan Suleiman was known in Europe as the Great and Magnificent and in Turkish history as the Lawmaker. He loved Roksolana so much that he took a legal marriage with her, let his harem go, and lived with Roksolana in marriage for more than 40 years. For him, she was the one woman he loved. So Roksolana stayed crowned empress of one-third of the world. 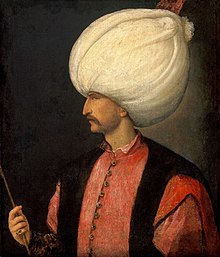 Her personality is astonishing. She was very intelligent, knew five European languages, and learned three Eastern languages in Turkey.

The sultana created a women’s foundation which was known for its charity work. She was the inspiration for many of Suleiman’s victories. The Roksolana’s Mosque is still functioning in Istanbul, next to the charity complex she has built. The diversity and proactivity of Roksolani’s views can be seen in the architectural face of Istanbul today.

The name Roksolana was given to her by the German ambassador of the German Empire in Istanbul in his work "Turkish Letters". So this name spread all over Europe. In history, the Roxolans are one of the Sarmatian tribes that lived on the territory of modern Ukraine between the Dnipro and the Don rivers. In the Polish-Lithuanian Commonwealth, they were considered the ancestors of the Russian Shlachta.  Starting from the 16th century and up to the 20th century, the term "Roksolans" was also used as a synonym to "Ruthenians" (Ukrainians), and Rus-Ukraine was called Roksolania.

Turkish, French, and Ukrainian historians and writers wrote about this amazing woman. In her honor were created symphonies and operas, pictures and plays. The Ukrainian people sing about her in folk songs as a protector of Ukrainian lands against attacks of Tatars.

The successful Turkish television series "The Magnificent Century. Roksolana'' was broadcasted in more than 40 countries. It is the first Eastern European series to be seen by TV viewers in the United States. There is also a Ukrainian television series "Roksolana" which was inspired by the book by Osyp Nazaruk “Roksolana”.