We are excited to bring Ukrainian ABC back! You may remember this series from our Facebook page but we have decided to move it here instead. You can find the previous letters and posts here. Today we introduce you to the letter "П" (P) and the word "Писанка" (Pysanka).

The word Pysanka, which consists of the Ukrainian word “pysaty” (“write”), is an Easter egg. Traditionally, these eggs are decorated with the use of wax-resist methods. As many scholars suggest, this art of decoration dates back to the pre-Christian era.

Firstly, Pysanka represented the rebirth of the Earth, then its symbolism was changed to the rebirth of a human. Christians compared the egg to the tomb of Jesus. That’s why after the acceptance of Christianity in Kievan Rus in 988, the decorated egg began playing an important role in religion and became a representation of Easter and Christ’s Resurrection. There are a lot of designs for pysanka. Every line and image has its own meaning. Geometric figures are among the most popular ones. For example, triangles symbolise clouds or rain. In addition, many pysanky are decorated with church motives. People decorate pysanka with floral ornaments, images of birds and fish as well.

Colours of pysanka carry symbolic weight as well. For instance, yellow symbolises the moon and the stars, blue represents the sky or the air, black stands for the Underworld or the infinity of life.
.
People from West Ukraine believe that the fate of the world depends upon the pysanka. According to their legends, we will live as long as there is a tradition of creating these Easter eggs.

It is noteworthy that nowadays any type of decorated egg is considered pysanka, but it originally means only ones painted with the wax-resist method. For example, krashanky (comes from the word “красити”, „draw“) are boiled eggs dyed a single color, or krapanky (from krapka - "a dot") are raw eggs decorated with the use of the wax-resist method, but there are only dots as ornamentation. 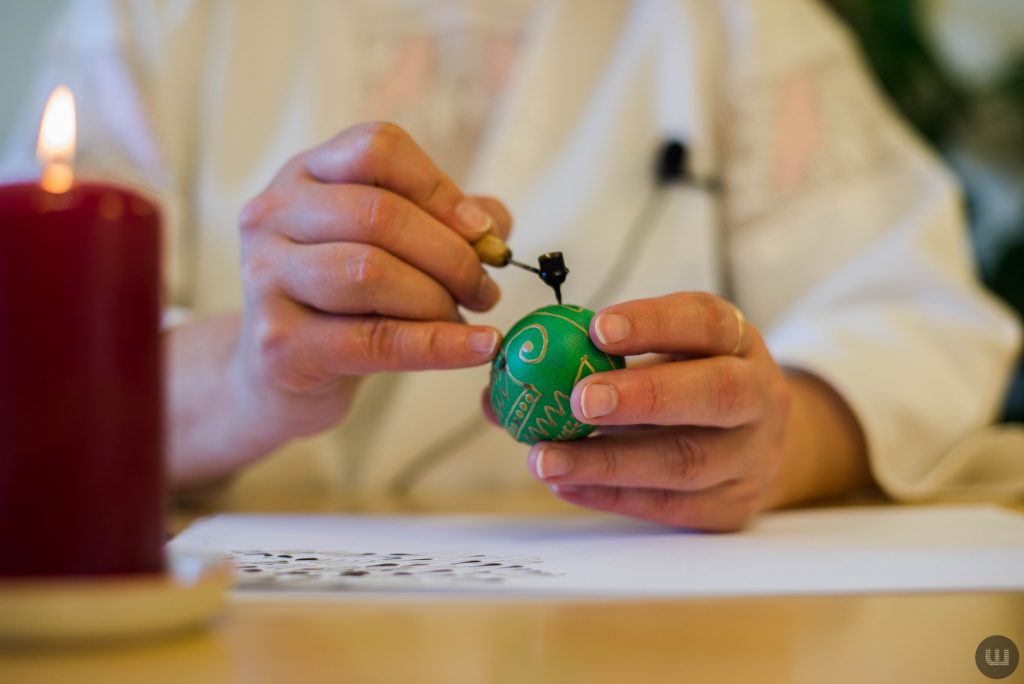